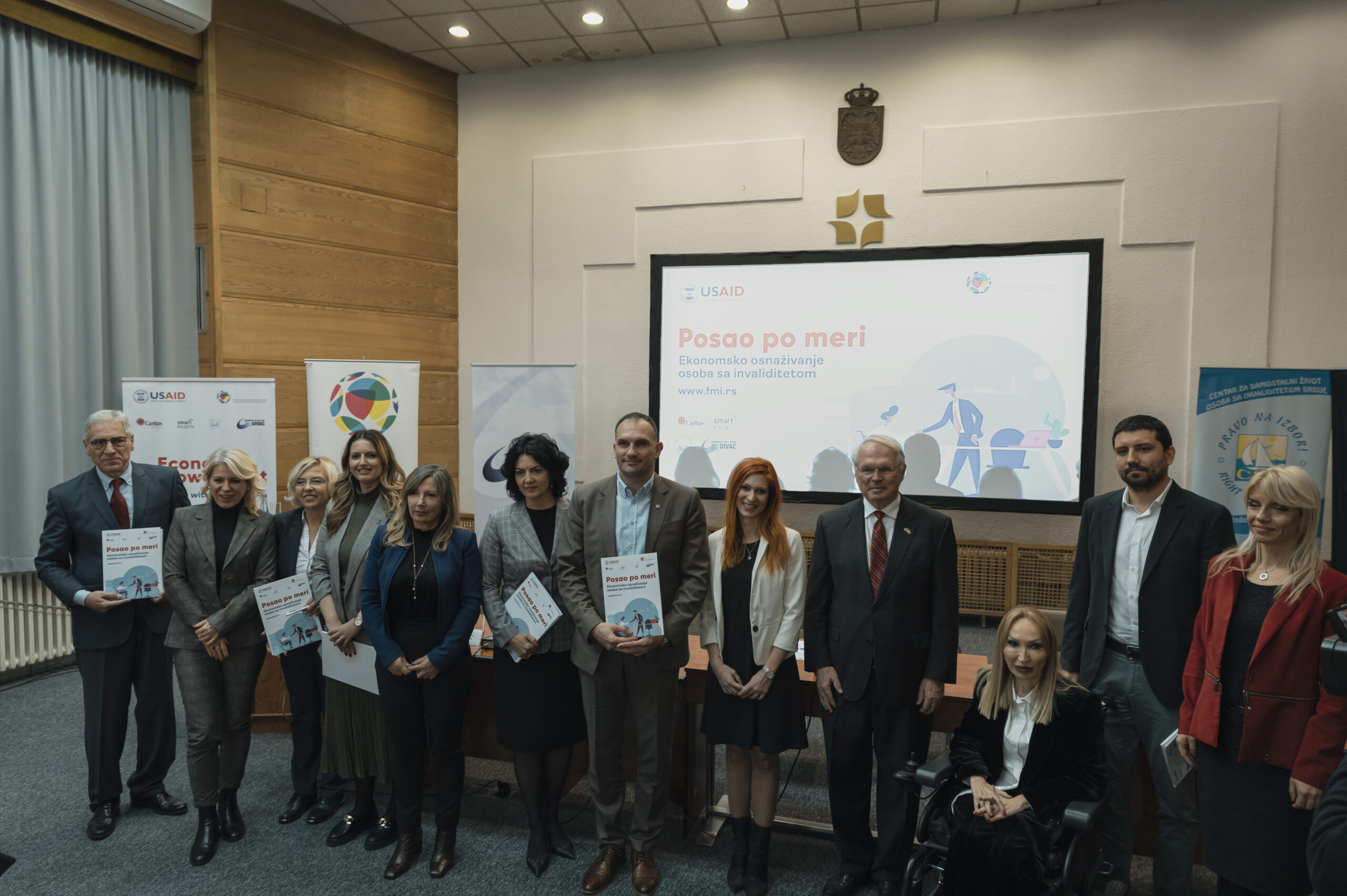 To announce the project start, launching conference of the project was organized in Belgrade, on December 6, 2022, which brought together a large number of individuals from the public, civil, and private sectors. Ambassador of the United States of America in Serbia, Christopher Hill, advisor to the president of the Serbian Chamber of Commerce, Aleksandar Perić and executive director of the Youth with Disabilities Forum, Jovana Krivokuća-Milovanović, spoke about the project and its goals. Guest of the conference was also Biljana Barošević, assistant to the Minister of Labour, Employement, Veterans and Social Policy.

In order to affirm mutual support and cooperation on project activities, and with the aim of building mechanisms for the inclusion of persons with disabilities and their economic independence, the Youth with Disabilities Forum also signed Memorandums of Cooperation and Understanding with the mayors of Zrenjanin – Simo Salapura, Valjevo – Lazar Gojković, Niš – Dragana Sotirovski,  secretary for social protection of the City of Belgrade – Aleksandra Čamagić, city manager of Subotica – Zagorka Panić, acting head of the Novi Sad City Administration for Social and Child Protection – Dr Lidija Tomaš, Director of the Employment Support Sector of the National Employment Service – Neda Milanović, President of the National Organization of Persons with Disabilities – Ivanka Jovanović, and Advisor to the President of the Serbian Chamber of Commerce – Aleksandar Perić.

Ambassador Hill said that he is proud that the USAID agency launched this project for persons with disabilities in Serbia, because such projects are very important all over the world. ,,This project opens up new opportunities for persons with disabilities. Through its implementation, the US wants to support Serbia’s efforts to ensure that all its citizens benefit from the county’s economic growth and that Serbia benefits from the economic potential of all its citizens. After four years, we will evaluate the performance of this project, see how it was implemented, and based on that, we will assess the possibility of its continuation. This issue is high on the list of priorities of the United States of America, both in our country and around the world. This is certainly a good start in Serbia”, said Christopher Hill.

Partners in the project are Caritas Serbia, Smart Kolektiv, the Ana and Vlade Divac Foundation and the Center for Independent Living Serbia.

YDF was established in Belgrade in 2005 and until now has implemented more than 80 projects, with more than 3000 direct participants. Our projects and activities are aimed to support the development of inclusive society on local, regional, and national level.